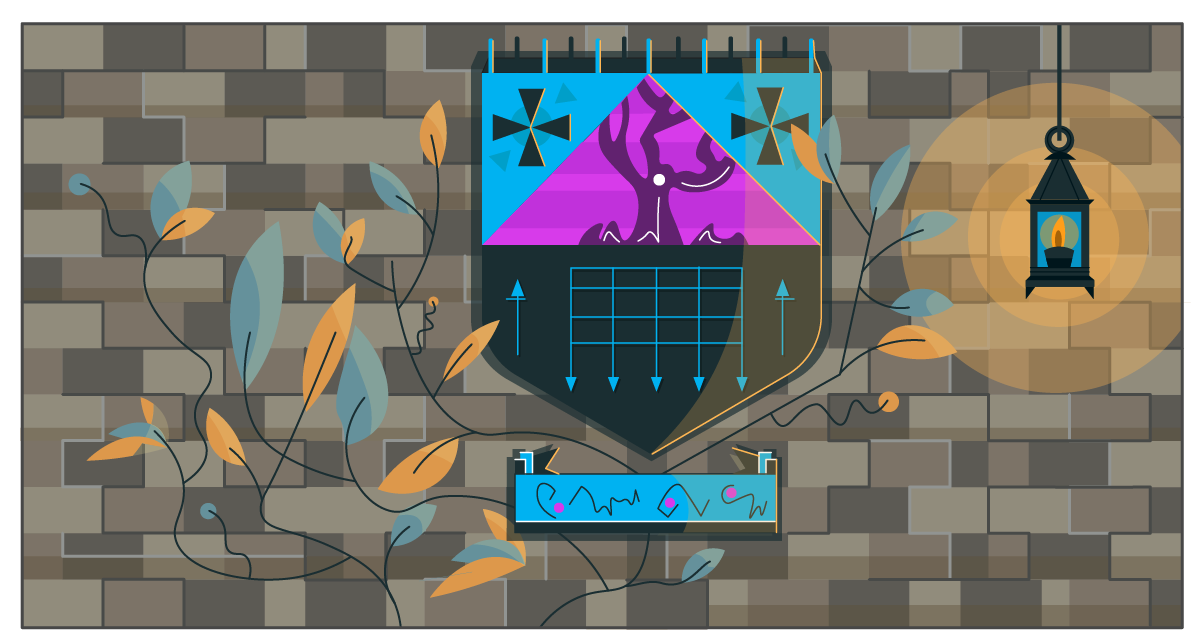 It’s a motto I’ve had throughout my career and I find that if I can lean into even one of those values on a daily basis, I can get through nearly anything.

It’s a rallying cry — but it’s also a reminder of things I want to work on:

• Patience is a challenge and always has been. Once I know what I want to do, tempering the urge to charge ahead is hard to resist. This reminds me to balance action with careful thought.

• Perseverance comes more naturally, but we all have the moments in which we want to throw our hands up and walk away. This is a call to march on.

• Faith is just that — having the faith it will all work out in the end. Without a sense of hope, few projects stand a chance.

What makes the best motto? Ask an expert.

I spoke with John J. Tunesi of Liongam, Secretary of the Heraldry Society and a former research assistant at the College of Arms in London (since 1484, the body responsible for recording and issuing coats-of-arms in the UK).

What should someone consider when creating a motto?

We were designing a coat of arms for this chap, and I kid you not, he wanted a motto in Latin: ‘Do unto others before they do unto me,’ sort of thing. It’s not the right sentiment, is it?

I think most people would choose a motto that reflects well on them and perhaps their family.

It gives you a certain guideline or direction, doesn’t it? Something to live by. It gets you out of bed in the morning, or you hit a brick wall in life and you say, ‘Gosh, I’m going to get round this.’

The motto of the Prince of Wales, “Ich Dien”, resonates with his service because it’s “I serve”.

• The Wodehouse family, Earls of Kimberley, use the motto “Agincourt” because in 1415 one of their forebears fought at the battle of Agincourt. Often mottos became a slogan, a war cry.

• The family of Chumley, they’ve got two helmets and a wheat sheaf [on their coat-of-arms] — their motto is “valor is the safest helm”. Referring back to the charge in the helm in the arms. Heraldry loves the pun, play on names.

• For me, having a motto has been a guide-star in a world that often moves at a break-neck pace. It can also be a salve, when that world goes eerily silent.

For me, having a motto has been a guide-star in a world that often moves at a break-neck pace. It can also be a salve, when that world goes eerily silent.