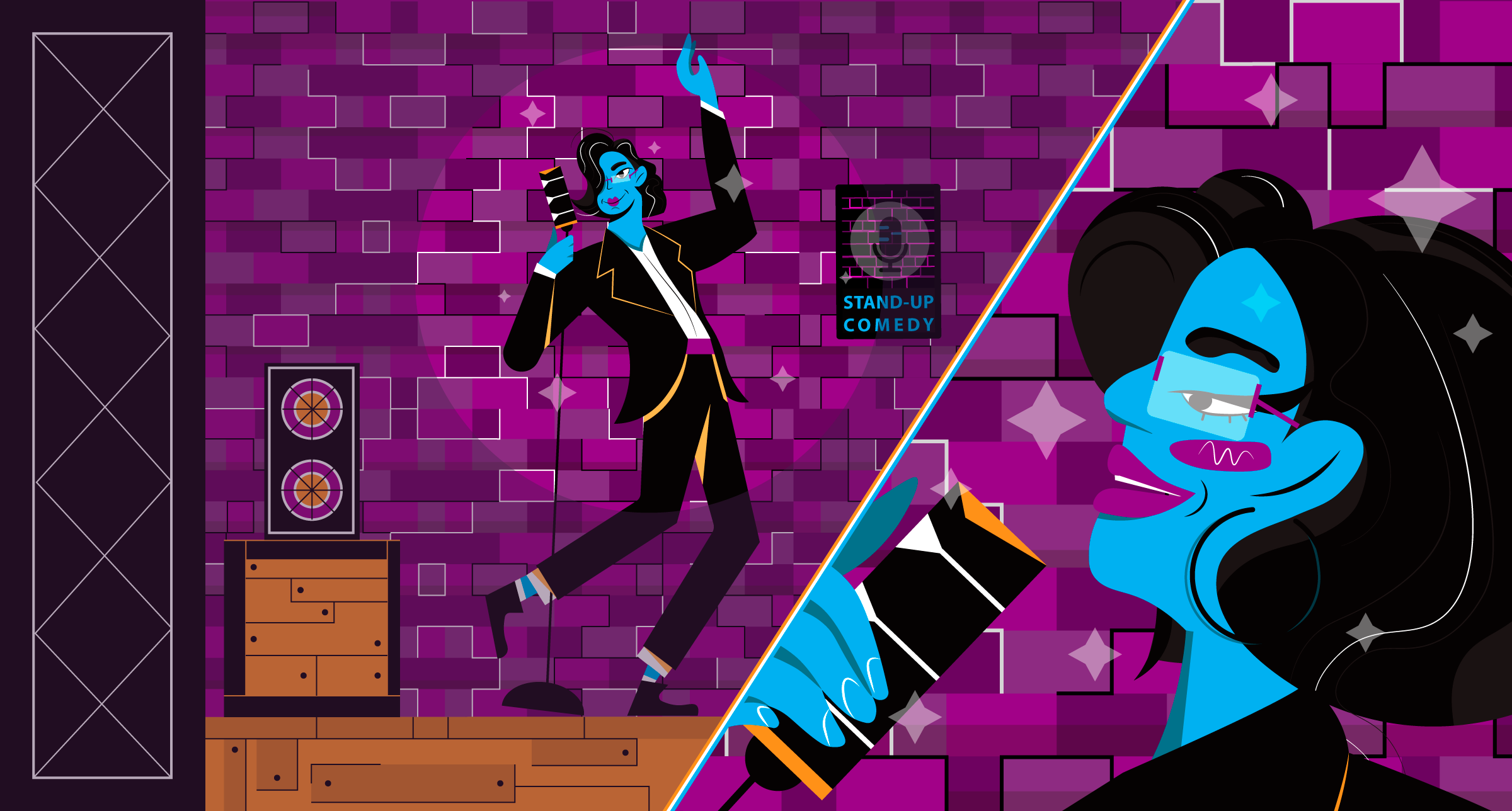 Laughing Matters: What a Comedian Can Teach Us About Failure

In January, I walked away from a corporate job — one that had promise and potential for me as a leader — to pursue an uncertain future as a writer. While the path felt urgent, necessary, exhilarating even, there was no guarantee of success.

Despite this, I thought if I could just muscle my way through, write hard enough and long enough, that eventually something would be accepted.

A month went by, then three, then five:

… best of luck placing this elsewhere.

Each rejection was a newly exposed wound. I was focusing the majority of my time tending to those wounds instead of thinking about what I could learn from them. I let failure shut me down, rather than open me up.

When I began to read the rejections as criticism though, as a means to improve, that is when things started to change. Small bits of hope surfaced as a reflection of improvement crept into the wording of the rejections.

While we admire much about your writing, it doesn’t seem right for us at this time.

Until finally, in July, an acceptance came in Stone of Madness Press.

It felt like a vindication, but more importantly, it was an acknowledgement of the growth that’s possible only through a willingness to learn from failure.

Comedian Negin Farsad has told jokes on stages all across the world (and has the audience in stitches more often than not). Those times though, when the joke doesn’t land or the set is off or the audience simply isn’t responding, Negin sees an opportunity to learn and not to linger.

In comedy, everyone’s heard of the dreaded “bomb”. What role do you think failure plays on the road to success?

I think failure’s so interesting because it’s so painful. One thing that I’ve noticed about myself is that it’s a jolt to the system and then I snap out of it rather quickly and create an action plan.

Failure needs to come with a moving on really quickly. Otherwise, you run the risk of getting bogged down in the failure, letting it make you ineffective and inefficient.

How do you manage the anxiety around fear of failure?

I think the way that I manage the anxiety around the fear is that I do everything I can. I try and be a good time manager, try and put in the work. I tap into whatever resources there are.

“Hey, I don’t know what to do about this? What do you think?” I always think it’s a sign of strength when people ask me questions.

How do you deal with a heckler? With people that try to tear you down?

I did the Edinburgh Fringe Festival some years back and I also did some stand-up in London, and I got this really heavy dose of hecklers.

I remember just thinking: this is my show, it’s not theirs, and that’s it.

I think it’s the same as moving on from failures. I think what’s really incredible is asking yourself:  Am I going to remember this happened in six months? In six months, what is going to matter to me? What’s going to seem important?

Inevitably this shit does not rise to that level of importance.

What do we stand to learn from failure?

When you’re doing stand-up, there’s trends that develop over a number of audiences. I open myself up to criticism a lot, and then I look at the trend from audiences to see when there’s enough of a pattern to accept that criticism.

I ask for input a lot from people (I don’t take every note). The notes that make sense, the criticism that makes sense, it taps into some little thing that you already knew to be true, but you haven’t been able to admit it to yourself.

The people who defend, defend, defend, will die on a hill defending why act two needs to be really extra-long and bore people at points… that’s someone that’s hard to work with, you know?

How do we cultivate resilience in ourselves?

I do a lot of dancing. At home, in the privacy of my own home.

There’s a class called 305 Fitness. Is it booty-focused? Yes, it is. Is it really embarrassing? Absolutely. But there’s something about dancing that shakes me out of my current feeling of stress, anxiety, fear, and dread.

Even in Iran, my grandmother would just be cooking food and dancing. As a kid, I thought it was funny, but now I know it’s a matter of survival. They were literally in the middle of the Iran-Iraq War dancing, you know what I’m saying? Because it shakes you out of the thing.